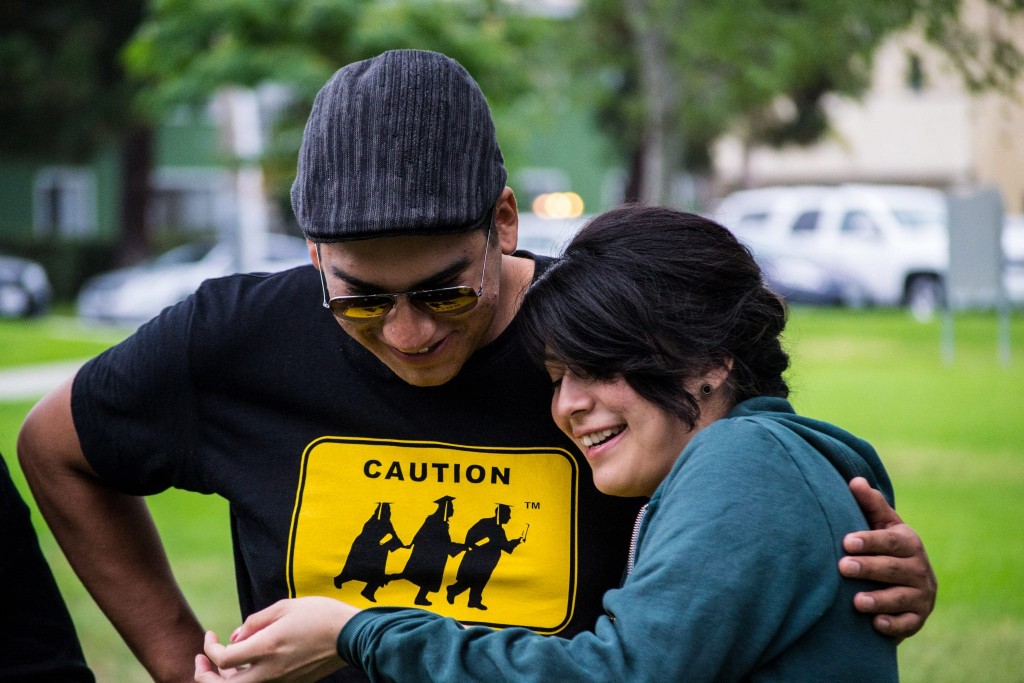 My name is Roberto Carlos Herrera and I am the fifth son of Jaime and Guadalupe Herrera. I am writing this letter regarding Jaime Herrera (A #358-246-73) who is being detained in Eloy, Arizona. Over the course of this letter I will discuss the relationship with my father and the reasons why he should be released back to our family. Most importantly I will discuss the reasons why deporting him would only damage and further separate a healing relationship.I recently finished my third year at California State University, Los Angeles and I’m on my way to attain my Bachelors Degree in Psychology with a minor in Women, Gender, and Sexuality Studies. I have plans in the future after I graduate from CSULA to move on to San Francisco State University to receive a Master’s Degree in Human Sexualities; to future expand my knowledge among the greater LGBTQ Community. My current involvement on campus is unmatched; I have attended many leadership seminars that have advanced my ability to lead the LGBTQ (Lesbian Gay Bisexual Transgender Queer) Community as President of The Queer Connection at CSULA. I am very blessed to have had the opportunity to pursue a college education in Los Angeles, one that I hope brings honor to my family.

My parents, more specifically my father, haven’t always approved of my gay identity. Shortly after I ‘came out’ of the closet during my freshmen year in college, I remember briefly talking with my father about my homosexuality. That conversation ended abruptly after I told him that I was proud being born gay. I finally chose that I was no longer going to live my life in shame, living with this gay identity. My father was disinterested in the idea at first and eventually became angered and asked that we no longer discuss the issue where he then stormed off leaving no real answer to explain his angered ways.

Not receiving my father’s approval really tore a hole in our relationship. It created a wedge between us so I have since looked elsewhere for father figures, ones that supported and approved of my gay life. I have been very fortunate to have met wonderful mentors in Los Angeles who include my friends, therapists, professors, the community and lastly myself. I’ve learned to rely on myself through my father’s absence, through his emotional detached from me and vise-versa.

Most times during my commute from Orange County to Los Angeles were spent thinking about my dad on how one day he would accept me for who I was and the life I was living. I would most certainly cry thinking of the situation he had put himself in and whether he’d take back the last words he told me before departing. I often wondered whether he’d spent time thinking of ways to reconstruct a healthy impression of me his gay son, Roberto. I used to constantly think about my father coming back into my life to support and love me; to make him proud of the accomplishments I have achieved within the LGBTQ community. To have open conversations expressing my knowledge of the world I live in.

To give him reason to be proud of me, proud to call him my father, proud enough to call him my dad. I have reached a point in my life where I realized I may not have my dad anymore. His decaying health, aging body, and worked mind have left little time in life for him. I would love to introduce my father back in to my life, and possibly my future, but I can’t do that while he remains in prison. Behind those metal bars he nurtures no love or support, he becomes an intangible person to hold and cherish.

Behind those borders he becomes invisible, blindness of our existence. I want my father to still see life through my eyes, my gay vision. Deporting him dissipates any opportunity at amending our relationship, so I ask you to not deport Jaime Herrera. To set him free, to give him the opportunity of fathering a healing family, an opportunity for our family to have a peace of mind knowing that my father is going to be okay.