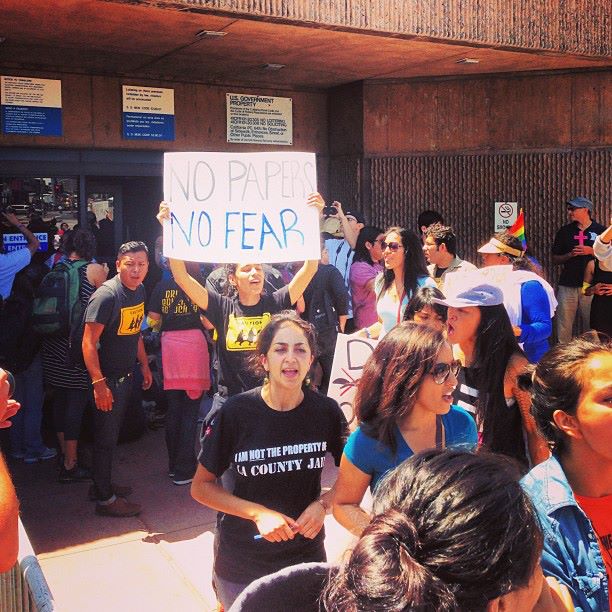 Earlier today, immigrant activists from the California Immigrant Youth Justice Alliance (Orange County Dream Team, Dream Team Los Angeles, San Fernando Valley Dream Team and others) went to the U.S.-Mexico border in San Ysidro and were met with excessive force by U.S. Customs and Border Patrol. While peacefully and non-violently conducting a sit-in at the border office, activists were met with aggressive border agents that pushed them and dragged them outside.

The protest consisted of bringing attention the current militarized state of the border and the potential $47 billion dollar boost that could further militarize the border. Our immigrant communities deserve a legalization bill without making the border look like a war-zone. For information on the action, visit the California Immigrant Youth Justice Alliance’s Facebook page.