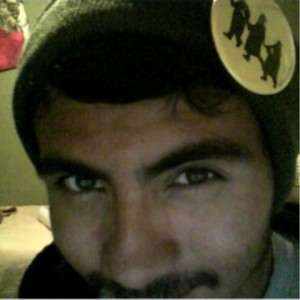 As a child, Gerson Cortes spent a lot of time staring into space, imagining what his life would be like when he grew up. The dreams were never the same, but they followed a basic path: I would sometimes come home from an excavation, shovel in hand, and a priceless, ancient artifact cradled in my arm.

Or, I would get home from a long day on set, throat sore from yelling commands at the crew. And others, I would arrive home from a long book signing tour, where thousands of people lined up to buy my newest novel.  But always, I would return home to my kids, my dog, and my husband. As a teenager, Gerson was blessed with the gift of awareness.
He became aware of his undocumented status in this country. He became aware of the limitations brought on by this. He became aware that dreaming like his friends dreamed, was irrational and pointless, no matter how smart he was. So dreams stopped being dreams, and became plans. I planned to maybe graduate high school, get a job like my uncles had, forget I’d never failed a test, forget my AP courses, my hope for a little blue house with a big green back yard.
But as an adult, Gerson stumbled upon a group of people who would let him, once again, re-imagine his life. He claimed the title DREAMer, and allowed himself to do just that. I spent a lot of time staring into space, imagining what my life could now be, and this time, i had a plan. I started college late, but I started college. I could only afford two or three classes per semester, and this semester I had to do without books. But whatever the pace, I’m moving toward my degree. AB 131 will not only help me achieve that dream;
It will also let kids know they don’t have to give up on their own.
Share on Facebook Share
Share on TwitterTweet
Share on Pinterest Share
Share on LinkedIn Share
Share on Digg Share