California, All Out Against Deportations

Los Angeles, CA – DREAM Team Los Angeles & Los Angeles Immigrant Youth Coalition will join statewide and national efforts to demand President Obama to use his executive authority to stop all deportations and grant administrative relief to all undocumented immigrants. We will also be demanding that the city of Los Angeles show initiative by ending its collaboration with Immigration and Customs Enforcement (ICE).

The president has deported nearly 2 million immigrants in his time in the White House, and has placed millions more in immigration detention centers where countless human-rights violations continue to occur. These actions have earned him the title, “Deporter-in-Chief.” The county and City of Los Angeles have been the largest collaborator with the Obama administration’s deportation machine. Through programs like “Secure Communities” and 287(g) agreements between local law enforcement and ICE, thousands of families from Los Angeles continue to be separated. 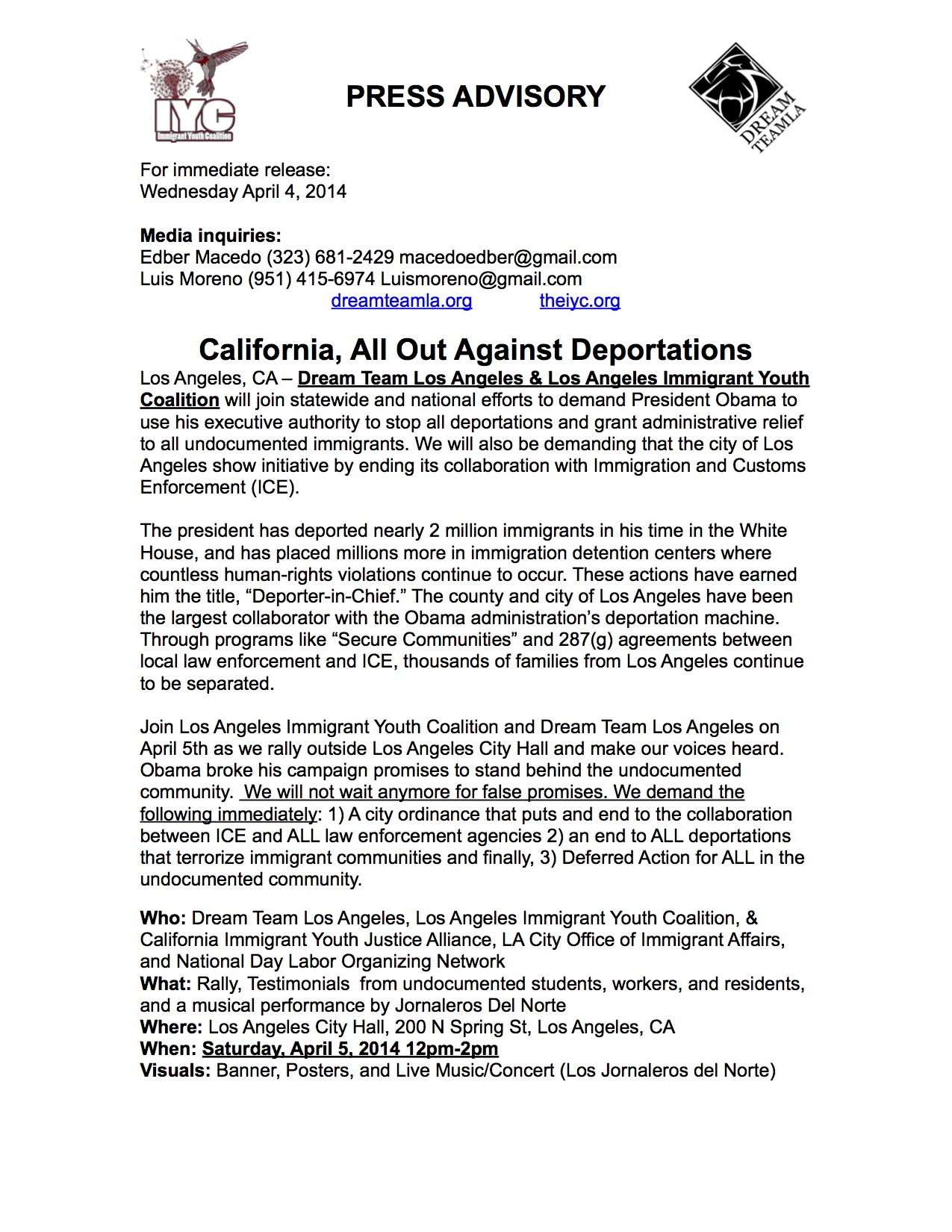