We woke up early, way before the sun was up. We rode our bikes, took the bus, we drove, got rides from one another so that we could all come together and express our discontent with the current immigration policy. It was Monday, January 21. About 10 us gathered on the corner of Alameda and Aliso, in Downtown Los Angeles, still shivering from the cold dawn breeze. 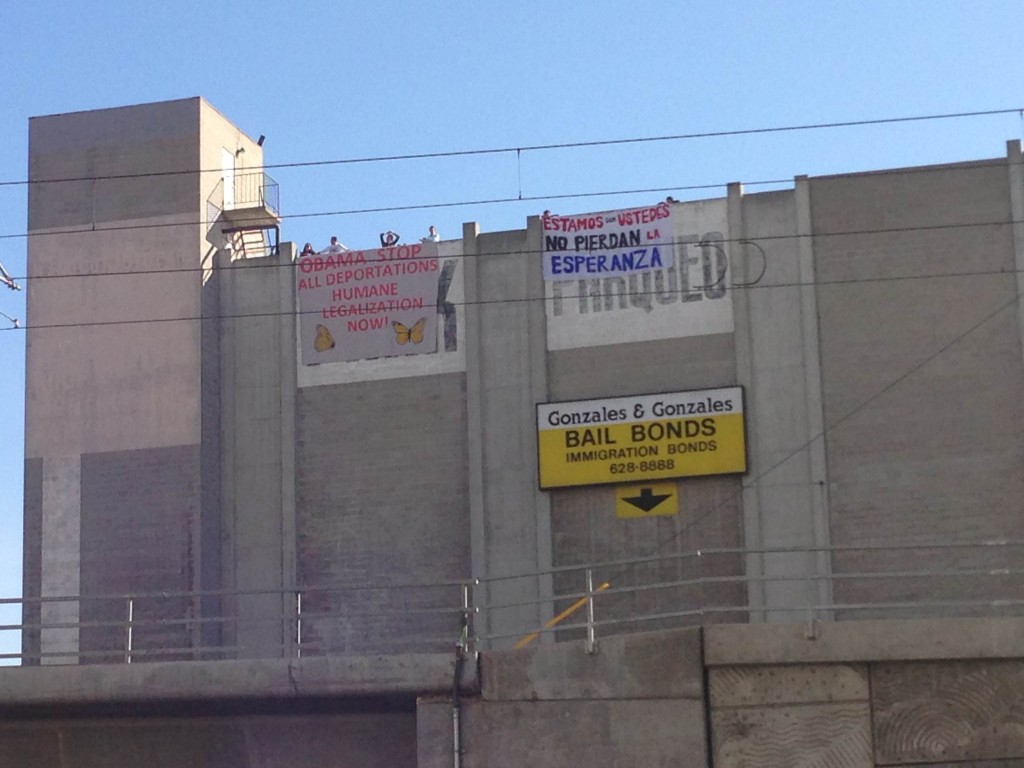 As we stood there we exchanged glares with those driving Homeland Securities vans into the Detention Center, all the meanwhile thinking about just who might be inside those vans. Was it a Father trying to earn some honest money to support his family? Was it a Mother who is in tears, not knowing when she’ll see her kids again? Or was it a son or daughter who might have made a small mistake that would tragically result in the family being separated from each other? These were the thoughts and conversations that fueled us as we were preparing ourselves for the banner drop.

Strategically, we unveiled our banners at 7 am, when commuters would be traveling through busy streets on their way to work. Many of us at the action are undocumented. But even if we were afraid, we didn’t show it or let that stop us from shouting out loud in solidarity: “undocumented and unafraid”

We were there to support and to give a small portion of hope to immigrants who were detained inside the Los Angeles Federal Detention Center, by showing them that they are not alone, that we are in this fight for immigration reform with them.

The following week, we came together again. This time, we partnered with community organizations and undocumented parents. Together we watched intently as President Obama unveiled details of his immigration reform proposal.

Our reaction to the President’s speech was the same: we worried that there was too much emphasis on border security that would endanger our lives and not enough on a clear and short pathway to citizenship for our communities and us. 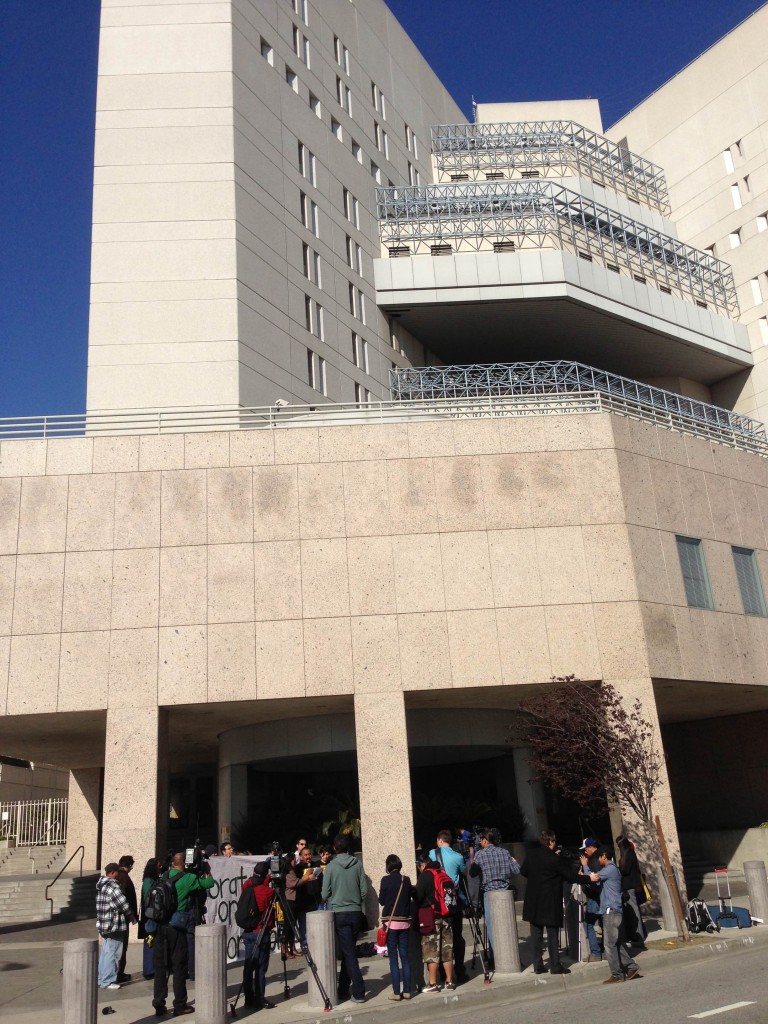 So, on the very next day, we responded to President Obama’s announcement with a press conference of our won. We held it in front of the Los Angeles Federal Detention Center, just a few feet away from the corner where we had the banner dropping action the week before.

This time around we stood right in front of the Detention Center while we read our version of a more humane, just and inclusive immigration reform bill that would start with an immediate moratorium on all deportations.

As some of us read our demands, the rest of us held banners from across the street. One of the banners read, “don’t lose hope, we are with you. For many of us, the most impactful part of our day of action was not the fact we had climbed 8 floors of a building and held a 16×20 feet banner asking the president for something bold. Nor was it the fact that we were reading our demands for the rest of the world to hear.

Instead, it was the fact that after we picked up our banners and we were making our way back toward the Detention Center to reunite with our group directing the press conference, we could hear tapping on windows and see folks in the detention center, waiving at us through their cell windows.

At that moment, all of us who were there wished we could go in there and break the locks and let them free to go with their families, like birds coming out of a cage. They say that those people are criminals, but the reality is that most people in there are detained for a simple crime as selling food on the streets or even driving without a license.

That dear and sad sight made us all realize how close we were to people who would be separated from their families and how close they were from us. If only they were on the other side of the wall, they would certainly be free.

That’s why we are in this fight together and we shall continue to fight for our hard working brothers and sisters. This is what we’re fighting for:

– Legalization for all undocumented people with a humane, inclusive and clear pathway to citizenship that will not take more than 5 years:
– No increase on employer sanctions for hiring undocumented workers
– No federal mandate of E-Verify program
– Call to the eradication of all 287g agreements with states and municipalities.
– Call for the suspension the Secure Communities Program
– Creation and implementation of a monitoring system for the detention centers operating under private contracting. An annual report should be released and those agencies that do not meet the standards should not be allowed to renew their contract with DHS.

Our families continue to be separated, and we endure too much pain and suffering because of these senseless and inhumane separations. It is time for some real change Mr. President.