This post is a bit late, but they say that it’s better late than never.

On Thursday May 12, various individuals across the nation rallied together to demand the private prison system stop making a business out of detaining undocumented immigrants (as well as the occasional documented immigrant and citizen). In Los Angeles, numerous organization such as IDEPSCA, CARECEN and, of course, the Los Angeles DREAM Team met in front of the Wells Fargo building across from the California Plaza on Grand to demand Wells Fargo bank stop investing in CCA (Corrections Corporation of America). The idea of a business that profits on the violations of a people’s civil liberties is absurd to the point where it might sound like a conspiracy theory (I myself was skeptical when I first heard these statements). However, this situation is fact. It is happening in our communities, it is disrupting the peace of our residents, and it needs to stop.

Here is a quick explanation of the situation:
After 9/11 the government decided all immigrants (especially those coming in through the southern border) were a threat to the nation and to be able to effectively combat this “invasion,” they needed laws and power to spy on everyone and detain and deport anyone they wanted to. This desire translate into laws such as the Patriot Act, and the upgrade from the INS (Immigration and Naturalization Service) to the U.S. Department of Homeland Security. Under this new department came the new ‘migra’ (Immigrations and Customs Enforcement aka ICE).
As if all this was not enough, laws and programs, such as 287g (which actually came into existence in 1996 with Immigration Reform, but it was not used until 2005) and Secure Communities popped up all over the nation. Under 287g, a local law enforcement is allowed to enter into partnership with ICE, creating a ‘new breed’ called ‘polimigra’ where a police officer is able to question an individual he/she comes in contact with about his or her immigration status. This information can then be used to detain or deport the individual even if he was wrongly or accidentally stopped in the first place. In Los Angeles, the LAPD in unable to participate in this program because of a prior Special Order 40 passed in the 70s where it was decided that it was unlawful for any LAPD officer to stop any individual for the purposes of inquiring on their immigration status. This Order, however, only covers LAPD and has no effect on the Sheriff’s Department or other local police.
Similarly, under Secure Communities, all local enforcement are required to make known the personal information of detainees to ICE. When a person is detained, his or her fingerprints are run through the FBI database to check if they have committed any serious crimes. However, with Secure Communities, these fingerprints are also sent to the ICE database to check if the person could possible be residing in the country without proper documentation. If a match is found or assumed, then the person can be detained for an additional 48 hours after they are supposed to be free to go, to give ICE time to come pick up the individual to transfer them to the local detention center for undocumented persons. Currently, the Mira Loma Detention Facility in Lancaster, CA, which is run by the Los Angeles Sheriff’s Department, is the largest detention facility of its kind in the nation.
These laws and programs, as they were (are) advertised by the government and some media, are aimed at protecting the American public and detaining/deporting any immigrants that could potentially be of any threat to our public safety and freedoms. The problem here, however, is that the overwhelming majority of those being detained/deported are people who were stopped for a broken taillight or for jaywalking, and whose “criminal offense” was entering the country without papers in search of a better future. Answering the question about why people risk their lives to live in this country while in the shadows merits a whole different post, so I will leave that for another day.

The real question here, however, is how did all these programs and laws thrive? Sure, leaders in the Congress were the ones to vote for these laws, and sure there is a lot of anti-immigration support out there, but if we can learn anything basic from this country, it is that money runs things. The American Dream itself, is often nothing more than a big house, a big car and a big paycheck. So then, who funded this era of oppression? This question, I will answer with a youtube video since wordpress tells me my word count is not above 700, and that’s also a homework assignment.

The good news, however, is that our communities are mobilizing to combat these bigoted laws and individuals. Already, states such as Illinois (HB 929) and California (Trust Act) are working to pass laws that would make the mandatory Secure Communities program optional. States across the nation, such as Maryland, New York, Illinois and California, are currently working on state-level version of the DREAM Act since the federal government has taken to ignore it. Other states, such as Texas, Kansas, and Wisconsin, continue to offer in-state tuition for its undocumented student population. And nation wide, such as with the Prison System Protest, individuals are demanding our government dumps ignorance and takes up rationality. 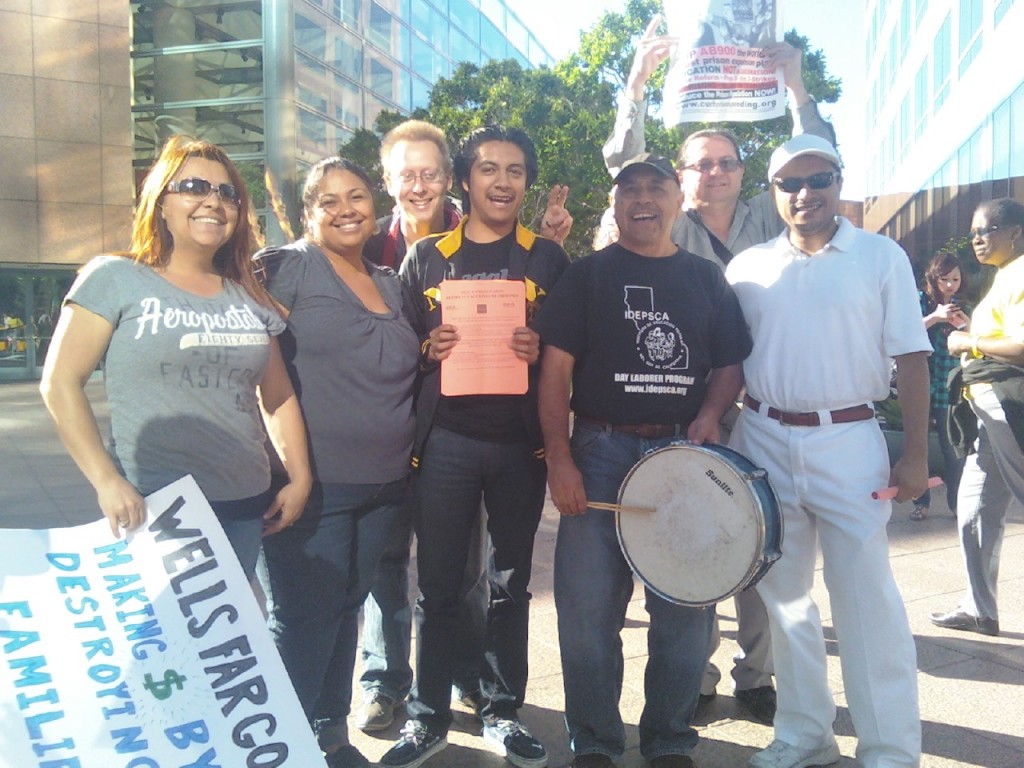